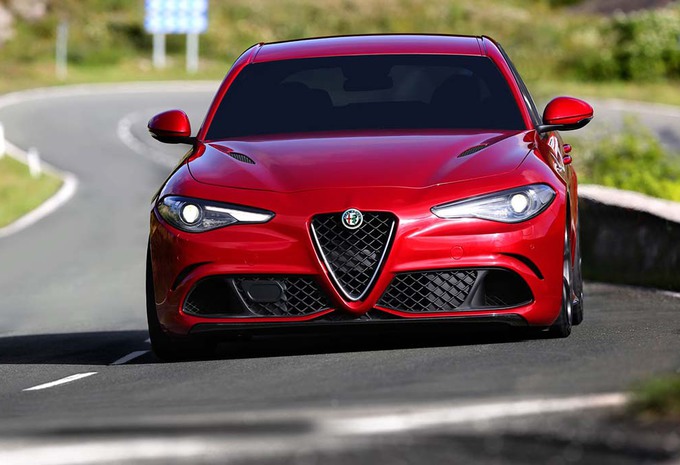 2016 Alfa Romeo Giulia. The mechanical specifications of the new Alfa Romeo Giulia are finally known. First observation: it lacks a diesel engine access, which is essential in our region offers.

So far, Alfa Romeo had given us the specifications of the most powerful version of the range, the Quadrifoglio Verde 510 hp strong. We now know more after the leak of a catalog on the internet that shows the characteristics of the most reasonable models.

Alfa Romeo apparently favors only one mechanical for its range of diesel model, in particular the 2.2 JTDM which power is available in several variants. This will indeed be available in a version of 150 hp, 180 hp or 210 hp. The first two will be two-wheel drive and give the choice between a manual or automatic transmission while the JTDM 210 will, he proposed that a version 4-wheel drive and an automatic gearbox. So does the catalog currently no reported a diesel version more accessible or in any case less power that could further meet the demand of the fleets in the country. Furthermore, the catalog information no V6 diesel version as expected. That said, this absence does not mean that these motors could not be introduced later.

In gasoline, Alfa Romeo will use two blocks of different displacement. There will firstly a 2-liter turbocharged 4-cylinder and 2.9-liter V6 engine, the same one on the Quadrifoglio Verde will use. Again, since higher powers appear range from 200-280 hp 2-liter turbo and 490-500 hp for Quadrofoglio Verde, probably declined in a special version. All petrol engines are mated to an automatic gearbox, except the 500 hp 2.9-liter that will give him a choice of mechanical or robotised gearbox. This is essentially so. But do not rush to your dealer because we know that the brand with the snake has planned to delay the introduction of all new (and future) models for various reasons.

By Cheryl Chernobyl
In Alfa Romeo